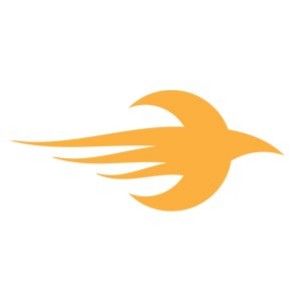 Ena is known as the Ethereal of Order in the Realm Ethereal universe. She is countered and opposed by another ethereal, Kor, the Ethereal of Chaos. Coming up next month, Kor will be featured in his own Ethereal Reveal painting.

I’ve posted an image comparing the previous painting of Ena with the new one. I find it interesting the contrast in my current approach to how I painted this image. For one, I am now working in grayscale first, applying color only after I’ve gone through a very thorough drawing and monochromatic painting phase. The other thing is that I find myself adding more “creatures” to the pieces. The symbols of flight are apparent when you position this new Ena painting with the last four paintings I completed (Avalina, King Baldor, Damara and Caelestis).

The theme of flight is obvious but also symbolic of my own foray into the world of self-employment as an artist. While I’ve taken to painting birds and butterflies in these last few paintings, I think my subconscious is manifesting through the inclusion of these animals of flight. At the very least, these flying creatures are a curious distraction. On a deeper, personal level, they symbolize the spreading of my own wings as an artist and taking flight. ■

Fantasy Art Realm was created by me, Rene Arreola. I am an artist who draws and paints fantastic imagery in the style of imaginative realism. My interest in making art lies at the intersection of character design and creation while owning my art and intellectual properties.

On top of all that, I really just enjoy playing with colors in a painting while paying homage the superhero comic books I read as a child. That’s why my fantasy art illustration will always have some kind of look to it that draws from superhero comics.